Do You Hear What I Hear? The Songs of Christmas
December 16: Hark! The Herald Angels Sing by Charles Wesley
These are the notes from a message offered Sunday, 12/16/18 at Trinity United Methodist Church, Sarasota Florida. 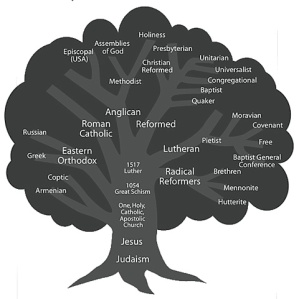 While we hold so much in common, each portion of the Christian family tree celebrates a different aspect of the greatness of God. What does the Methodist branch bring to the party?

John and Charles Wesley were brilliant at helping persons understand what it means to be a follower of Jesus. They had a massive publishing business which catered to those who could read. For the uneducated, working poor, they helped them learn the faith by singing it. (It helped those who could read as well!) 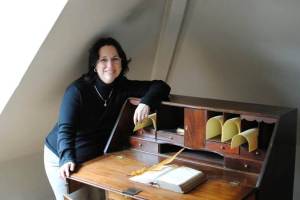 As an aspiring poet and pastor, here’s a picture of me geeking out over Charles Wesley’s attic space and quill.

The one who put the faith to music was Charles Wesley, John’s younger brother. We had the chance to tour his home in Bristol England. The bottom floor contains a sunny music room. Charles’ children were accomplished musicians. The attic space was Charles’ study where he wrote his sermons and hymn texts. It wasn’t uncommon for Charles to come running into the house asking for his quill and parchment so he wouldn’t lose an idea.

And yet, both men experienced a conversion. Their head knowledge born of studying who God is, the Word of God, and ways of God, turned into a heart and soul relationship.

In 131 Christians Everyone Should Know, Mark Galli reports:

After returning to England, Charles taught English to Moravian Peter Böhler, who prompted Charles to look at the state of his soul more deeply. During May 1738, Charles began reading Martin Luther’s volume on Galatians while ill. He wrote in his diary, “I labored, waited, and prayed to feel ‘who loved me, and gave himself for me.'” He shortly found himself convinced, and journaled, “I now found myself at peace with God, and rejoice in hope of loving Christ.”  Two days later he began writing a hymn celebrating his conversion.

And Charles kept on writing.

Below you will find the verses of Hark! The Herald Angels Sing with some of the scripture references. Some thoughts…

There’s an old saying. If you stand in the middle of the garage, that doesn’t make you a car. Examine your heart and soul. Say yes to a real relationship with Jesus Christ.

Prayer
Hallelujah to Jesus!
Born of a woman that we might be born again

Hallelujah to Jesus!
Struck by the full force of evil yet rising victorious,
that we might rise with him.

Hallelujah to Jesus!
Crushing Satan, sin, and death,
that we might know peace and the fullness of life.

Guard us, Anointed One, from every warring way

Deliver us, Liberating King, from every enticing falsehood

Lead us, Lord, to your wisdom and truth
May this grace birth faithfulness and innocence within us
May our new life delight you and honor you
May it better your world and draw many to your saving love. Amen

The Christmas Story is full of singing. Mary sings. Zechariah sings. Simeon sings. The angels sing. Over the centuries we’ve continued to celebrate with songs of our own, songs born from the joy of Christ’s coming.

This holy season, to prepare our hearts again for the coming of Christ, we’ll reflect on the poetry of these meaningful songs. Some will be old friends. Others will be new. My prayer is that their beauty and power draw us closer to Jesus, the babe of Bethlehem, the Risen King. And that the grace of drawing near fulfills in us Christ’s power of new life.

Suggestions for Reflection on Each Song Lyric in the Christmas Devotion:

I look forward to hearing your comments. – Lisa <

************
Hark! The Herald Angels Sing © 2018 Lisa Ann Moss Degrenia
Leave a comment for information and permission to publish this work in any form.