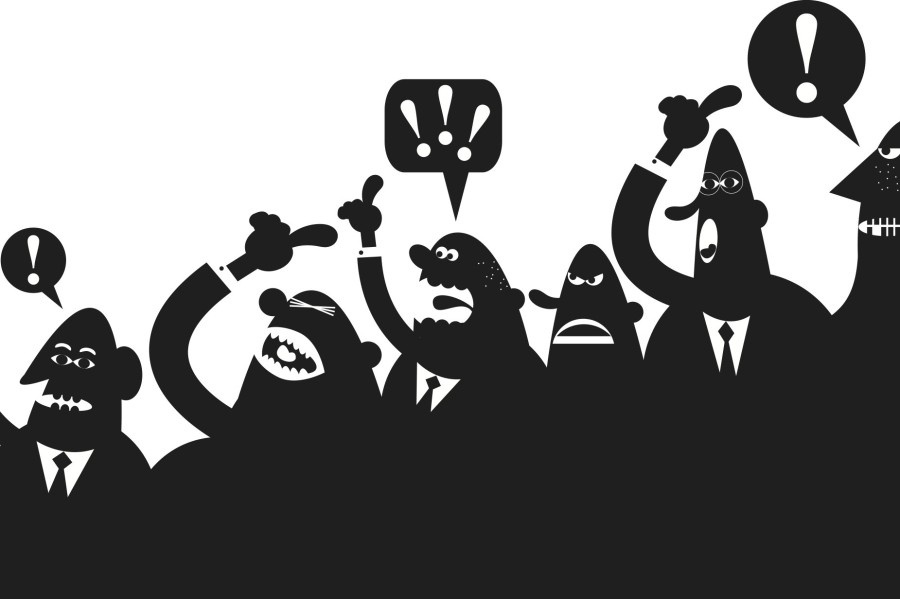 An argument arose among them as to which one of them was the greatest. – Luke 9:46

MODERATOR: Good evening, and welcome to tonight’s debate. I’m coming to you from the Grand Amphitheater in beautiful downtown Capernaum. Tonight’s event is sponsored by the Commission on Messianic Debates, and the rules for the evening have been agreed upon by representatives from each of the candidate’s campaigns. Without further introduction, let’s welcome tonight’s candidates.

Our first question goes to James, son of Zebedee. James, in a few short days, Jesus of Nazareth will be traveling down to Jerusalem. There is widespread speculation about why he is going there. What makes you qualified to join him?

JAMES: Thank you for that question. First, let me say what an honor it is to be here tonight, and to have this chance to set the record straight with the Israelite people. I think what the Kingdom needs is an outsider, not a career disciple, but someone who has the perspective of outside the beltway. If Jesus selects me to be at his right hand, I will be the greatest disciple ever.

JOHN: Okay, look. We all know why Jesus is going to Jerusalem. And when he goes in to overthrow the Roman empire and establish a new political regime, ask yourself: “Who do you want to be representing you when the Kingdom comes?” Look, I’ve been there. I’m one of you. I’m just a lowly fisherman who can identify with the real needs of ordinary people like you. And if Jesus picks me to be the greatest, I promise I won’t let you down.

MODERATOR: Next, we have Andrew. You’ve been critical of James and John. What makes you think you are the greatest?

ANDREW: What James and John forget to tell you is that they’re not outsiders at all. If anything, they have been part of the inner circle since the beginning. Who got to spend time on the mountain with Jesus during the transfiguration? They did. Who were the first to be called by Jesus? They were. And what happened after Jesus called them? They left their father in the boat. Poor Zebedee, abandoned by his own flesh and blood. If I’m chosen to be the greatest, I can promise you, I won’t leave anybody behind.

MODERATOR: Our next question goes to Matthew. There’s been a lot said about your former career as a tax collector. Some say that it is a mistake for Jesus to hang out with people like you. So what makes you think you’re the greatest?

MATTHEW: That’s easy. I’ve worked in the tax system, I know how corrupt it is, and what it’s done to people. And I’m the only one on this stage tonight who has the skills and expertise to reform our tax code. I believe our nation’s tax structure is far too complex, with too many loopholes. I believe in a simpler, fairer flat tax. And I’m the only one who can make that happen.

MODERATOR: Next we have Judas Iscariot. Mr. Iscariot, you are the surprise front-runner so far. Polls show that people respect the fact that you speak your mind, and others say that your background in handling the finances of the group make you a formidable candidate. But others say that you aren’t trustworthy, and question your loyalty to the party. What is your response?

JUDAS: Well, the first thing I’d say is that I’m rich. Okay? I’ve made lots and lots of shekels. I’m a successful businessman. I don’t apologize for that. I’m rich, okay? And I know how to make deals. The deals that my opponents have made are garbage. I know how to negotiate and make good deals with people. I make deals with the Pharisees all the time. And I know how to solve the problem with the Romans. A wall. A big, beautiful wall. And how will I build that wall? Management.

MODERATOR: Finally, let’s bring in Simon Peter, our next candidate and current front-runner. Mr. Peter, you are making waves for your zealous, no-nonsense ways. You’ve also been under great scrutiny for some of your impetuous decisions, like walking on water before sinking. If Jesus selects you to be the greatest, what can the Kingdom expect from you?

PETER: Look, I’m a zealot. Alright? I don’t make any apologies for that. That means that I’m not the puppet of any special interests, but I am my own person! I believe that this nation is the greatest nation in the world, and I’m prepared to make it even better. And other countries would be foolish to take us on, because God is clearly on our side.

MODERATOR: Okay, candidates. Our next question comes to us from one of our callers, who wishes to remain anonymous. Go ahead, caller.

CALLER: The one who is the greatest among you must become like the youngest, and the leader like the servant.

MODERATOR: Thank you, caller, but do you have a question?

CALLER: The Son of Man came not to be served but to serve, and to give his life a ransom for many.

CALLER: The first will be last, and the last will be first.

MODERATOR: Well, that was awkward. Candidates, let’s go to our closing statements.

************
A huge thank you to The Rev. Magrey deVega, Senior Pastor of Hyde Park United Methodist Church in Tampa, Florida for permission to share this powerful and timely script. It was originally published 9/17/15 as his midweek message and entitled Debating Who is Greatest.

Consider subscribing to receive Magrey’s midweek messages electronically. You’ll benefit from his faithful, thought provoking and action provoking reflections. If you don’t have a church home in Tampa, consider checking Hyde Park UMC out in person. This is a congregation making God’s love real.